A CMB Rockstar Cone crushes the oversize for CEMEX Swinderby

CMB International has recently completed a project for CEMEX UK at their Swinderby operation near Witham St. Hughs, Lincoln.

The successful sand and gravel processing operation has been running for 2 ½ years and leading quarry plant manufacturer - CMB was approached and subsequently awarded the order to supply a cone crushing plant to process the high amount of oversize that was being recirculated through the plant.

After a site visit CMB International engineer’s designed and supplied a skid mounted CMB Rockstar 90 Cone Crushing Plant, complete with two conveyors and a feed hopper, with a by-pass chute to allow the plant to carry on uninterrupted, whilst any maintenance activities can be carried out on the cone.

The CMB Rockstar 90 installed at Swinderby is a 32mm throw version of their Rockstar 150 (which is 40mm throw) and is driven by a smaller 110Kw motor rather than the normal 160Kw.

The feed hopper was fitted with an automated crusher door which incorporates level sensors to allow the material in the hopper to build up and pass through the crusher when necessary, without an operator having to do this manually.

Wayne Strevens – Operations Manager, commented, we were processing a fair amount of oversize and it made sense to add a cone crusher into the equation. CMB supplied a workable solution and although it required a bit of adjustment the automated crusher door is an asset.

CMB Rockstar Cone Crushers:
CMB Rockstar Cone Crushers are modern cast steel, all roller bearing, and feature hydraulic adjustment which enables the operator to rapidly change the discharge setting, if required during the crushing operation. These machines feature hydraulics which also incorporate a tramp metal release, automatic reset and an unblocking feature which will clear the crushing chamber in a matter of minutes.

Re-metalling is carried out with the crushing head in-situ. The short shaft configuration, which requires no top bearing, enables all major components to be removed from above, and demands minimal head room for installation and maintenance.

The Rockstar 90 at Swinderby is a proven all roller bearing design which provides lower power consumption, long life, easy spares availability and the need for a more compact lubrication system.

The controls of the Rockstar Cone Crushers comprise a contactless in-cylinder transducer, and an operating console which can be positioned within 4.5m from the crusher. Quick release, self-sealing couplings are used to connect the twin hydraulic hoses that run between the crusher and console.

The console houses the fluid tank, motorised hydraulic pump, valves, full plc instrumentation and push button controls. There is an option for complete remote- control operation enabling the crusher to be operated from a control room any reasonable distance away.

Chassis construction:
The lower main frame is a heavy-duty alloy cast steel construction, which has been heat treated to ensure the required level of toughness. The central boss, which houses the main shaft, is supported by three massive ribs and the countershaft housing.

The cast steel upper frame is supported by six hydraulic double action cylinders. The unit is machined to provide accurate location for the concave support bowl assembly, which is bolted to the upper frame.

The wedge assembly is a high grade, cast iron taper ring machined to correspond with the inner tapered surface of the main frame. Composite bearing pads are bonded to its outer surface which grip on the inner bore of the upper frame.
On the Rockstar 90 the wedge pressure against the upper frame is adjusted by means of 12 studs.

Liam Holland – General Manager, commented, we had a little head scratching with the adjustment on the automated crusher door but eventually resolved all the issues and successfully commissioned the project to the satisfaction of the Swinderby team.” 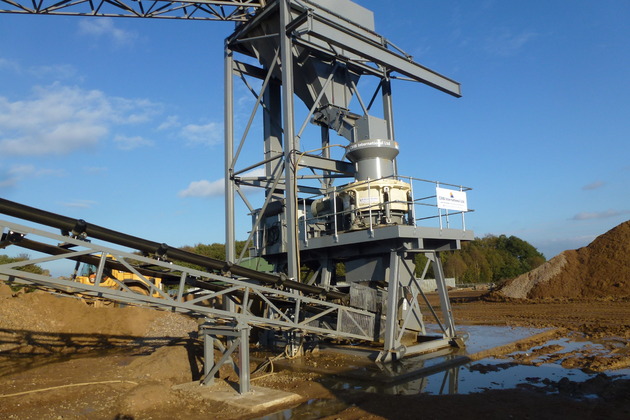 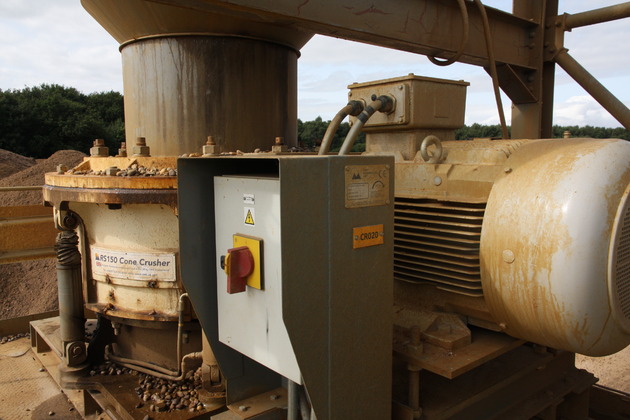 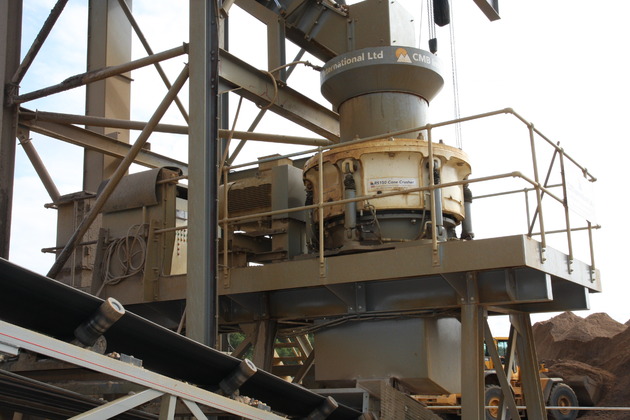