CMB International bring the production back on-line for Overby Quarry.

The Aggregates Division consists of two sand and gravel operations, one at Overby and a second near Carlisle where the material is extracted out of a lake by dragline. Within this division the company also operate a fleet of 60 trucks which cover tipper, crane, tanker and flat work. The fleet operate out of Overby Quarry transporting sand and bagged and bulk aggregates to their block making plants and concrete and ready-mixed plants, builders and construction sites within a 90-mile radius.
Overby Quarry is a long-established quarry which was originally part worked by TAL and another company. TAL also worked an adjacent site at New Cowper Quarry which was closed 15 years ago and reinstated.

At this point TAL decided to acquire the whole of Overby and move all their processing to this site. Over the years the quarry has been expanded with the original wash plant being upgraded to maximise on the end products.

Currently the processing plant is producing 4,000 tonnes/week of washed concrete sand, building and plastering sand and 10 and 20mm gravel.

Recently the primary washing screen had suffered numerous bearing failures and after considerable, and frequent downtime the Overby team decided to seek a replacement screen.

Ian Morrison – Transport Director, takes up the story, “We researched the market for a replacement and it was suggested to us that CMB International were an excellent manufacturer and after an initial meeting and site survey we placed the order for a new screen with them.”

CMB International are an experienced manufacture who design their own range of feeders, jaw crushers, cone crushers, screens and conveyors. In addition, CMB carry a comprehensive stock of spares and offer on-site maintenance and modifications for existing plant. Their experience enables them to repair and refurbish plant produced by all the leading manufacturers.

Capable of up to 650tph, depending on the application, CMB supplied a new CMB 280 “Dual Drive” 1.8m x 6m Triple Deck Horizontal Screen which was designed to fit in the original envelope and pick up on existing feed and discharge points. New spray bars and a new spray bar support structure were also supplied.

Liam Holland – General Manager CMB International, commented, “the TAL engineers removed the old screen and fitted the new one and our engineers commissioned the screen. We had to make a few adjustments as the new screen was too close to an existing beam which it would foul whilst running. We took some measurements and manufactured some packers to lift the screen away from the beam, whilst still picking up on feed and discharge points. This was corrected within a few days of the screen being installed.”

The new screen at Overby is driven using the “Dual Drive” twin shaft unit with two on-board electric motors which is a tried and tested CMB design which has been utilised on many major installations in the UK.

Numerous benefits include friction checks built into the screen supports which efficiently retard the screen during shut-down, thus reducing forces transmitted to surrounding structures. Maintenance is simple with generous height between decks allowing for easier screening media changes. Finally, when spray bars are required, they can be built into the screen side-plates eliminating spray bar supports, thus improving maintenance access.

Ian concluded, “We are extremely pleased with the screen and the service that CMB have provided. We are now in full production again with the screen making the operation more efficient. I would recommend CMB International to anyone in the industry, just a first-class job!” 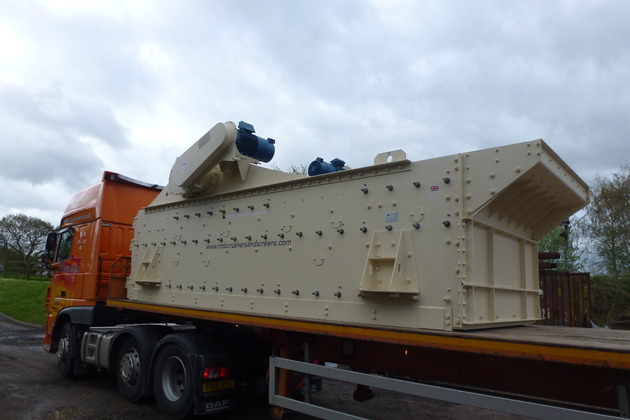 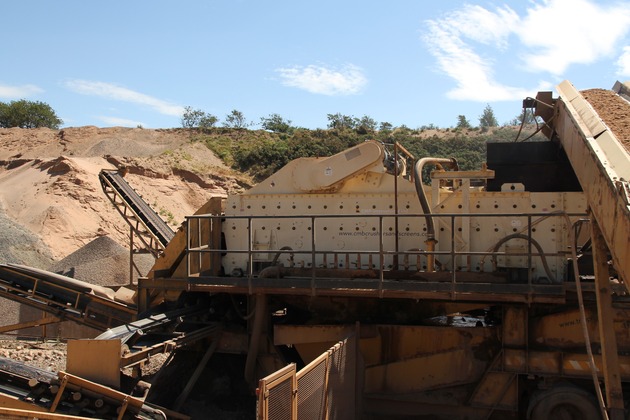 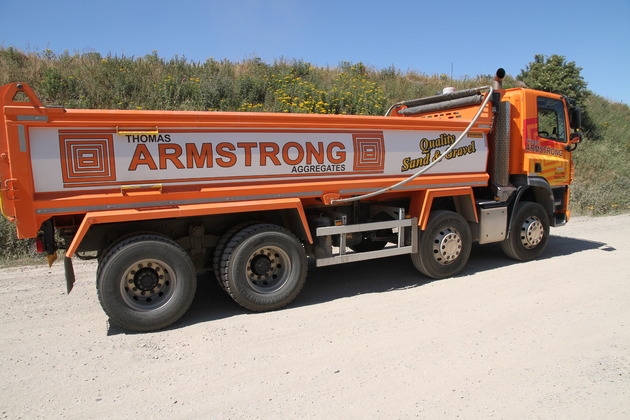 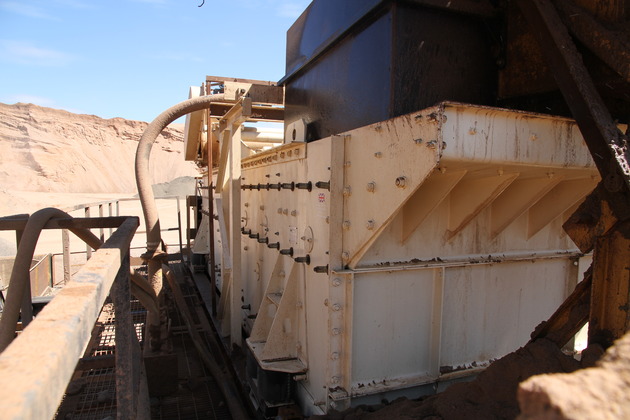