CMB International has recently completed a screen replacement for Tarmac at their Marfield Quarry in North Yorkshire.

Situated near the village of Masham, Marfield Quarry has been in operation for over 50 years and owned by several companies with Tarmac the current operator.

Material in the area consists of mudstone, siltstone and sandstone with approximately 5.5 million tonnes of sand and gravel reserves at the site.

The current processing plant was originally moved from the site adjacent to the current quarry, which is now a nature reserve, in the eighties. The screen was installed brand new at this time.

After a long life, issues occurred which required welding repairs and a decision was made to replace the screen, with CMB being given the task of providing a replacement. This decision proved fruitful as the screen suffered total failure a week after the order was placed!

CMB subsequently supplied a bespoke 1.8m x 6m long, double-deck screen designed to fit within the existing envelope and pick up on original feed and discharge points which eliminated any further work.

The task of removing the old screen and the installation of the new screen complete with new rubber covered underpans was completed in four days by CMB’s sub contactors, S.P Services.

Andy Coe – QM, commented, “We were very pleased with the work ethic, documentation and good working practices of the installation team, everything went very smoothly.”

The sand and gravel plant at Marfield processes approximately 350,000 tonnes/annum with the plant operating in the region of 250tph with material across the screen at 150tph. The primary crusher feeds aggregate into the plant with the crushed aggregate fed by conveyor onto the new screen with any oversize fed back to the secondary crusher where it is crushed to -40mm.

The new screen has been fitted with Scandura modular PU media (600x300mm) unlike the original tension mats on the old screen.

Andy, commented, “I wasn’t sure about changing to modules after working with tension mats on my grading screens over the years, but they are working efficiently, and we do have them elsewhere on the plant. Its also easier as previous damage meant a complete mat replacement whereas with modules its just one module so more efficient and cost effective.”

Andy Coe – QM who also manages the nearby Nosterfield sand and gravel quarry commented, “It’s been an efficient exercise and I am very pleased with the screen, its running like a dream and all credit to CMB.” 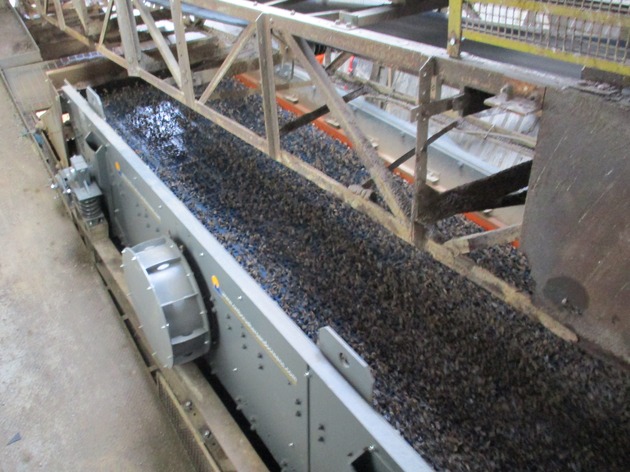 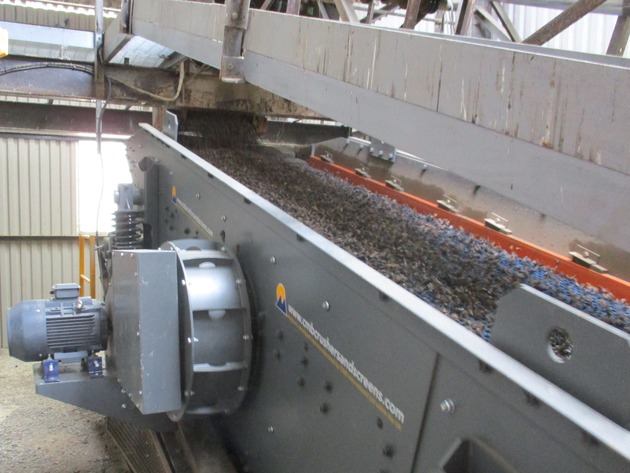 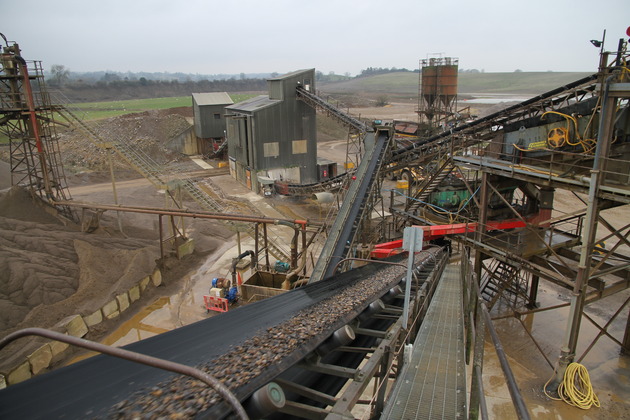 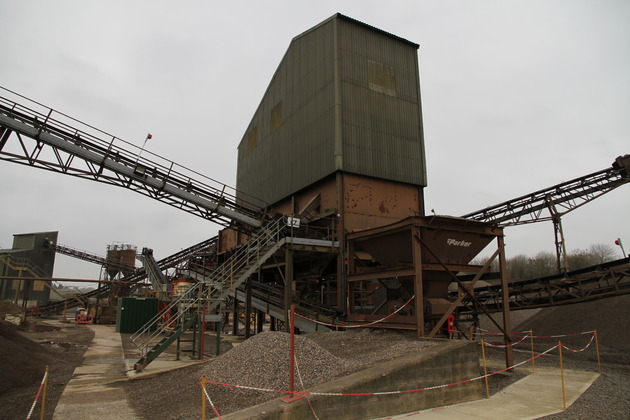