Calf Heath Quarry is owned and operated by Staffordshire Sand and Gravel Company (SSG) and is located at Gailey, Staffordshire.

The site contains deposits of building sand and small deposits of gravel which are sold across the weighbridge with material also being supplied to local bagging plants.

Operations commenced 3 years ago when a sand and gravel plant was installed on the green field site which included a CMB BX100 Wheel Cone Crusher Plant all-electric cone crushing plant complete with feed hopper, feed conveyor, reconditioned Pegson 900 cone crusher and product conveyor which the company had owned since 2008. This had seen extensive service at multiple sites that the company operated throughout the six-years and had been repaired several times in this period.

Jack Franks – QM for SSG, takes up the story, “The mobile cone supplied by CMB back in 2008 has completed successful crushing operations for many years across a number of our sites and was included in the machine line-up when we started processing at Calf Heath. The stone is very hard and necessitates a re-metal every 6 weeks and as we had carried out multiple repairs on the crusher throughout 2016, we made a decision last December that with another large repair looming it would make more sense to invest in a new crusher.”

Liam Holland, General Manager, commented, “When we received the order we built and supplied a new RS150 crusher for SSG within 5 weeks, which minimised their downtime and had the processing operation up and running in early January.”

The new RS150 cone receives oversize (+20mm) which is rejected off the primary wash screen and conveyed to the cone which in turn recirculates the crushed material back onto the primary screen. Although the plant is capable of 140tph the plant is operated well within this at 60tph.

Jack, further commented, “I can’t fault the CMB team as they are first class and have supported us comprehensively when we needed them. We have every confidence in the product they manufacture and when we decided to invest in a new cone they turned it around in five weeks and it was installed and commissioned in a short time frame.”

The CMB Rockstar 150 Cone Crusher:
The CMB Rockstar 150 Cone Crusher is a modern cast steel, all roller bearing and features hydraulic adjustment which enables the operator to rapidly change the discharge setting, if required during the crushing operation. These machines feature hydraulics which also incorporate a tramp metal release, automatic reset and an unblocking feature which will clear the crushing chamber in a matter of minutes.

Re-metalling is carried out with the crushing head in situ. The short shaft configuration, which requires no top bearing, enables all major components to be removed from above, and demands minimal head room for installation and maintenance. 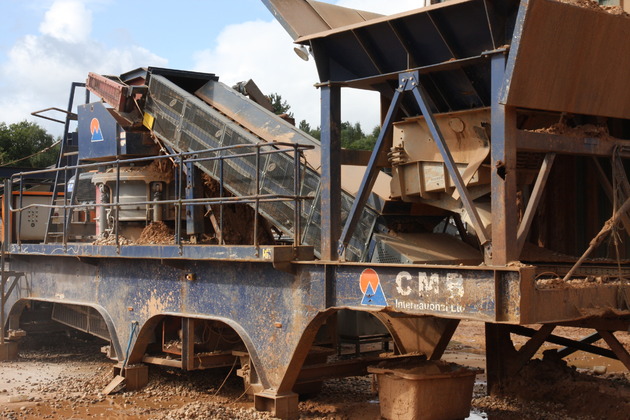 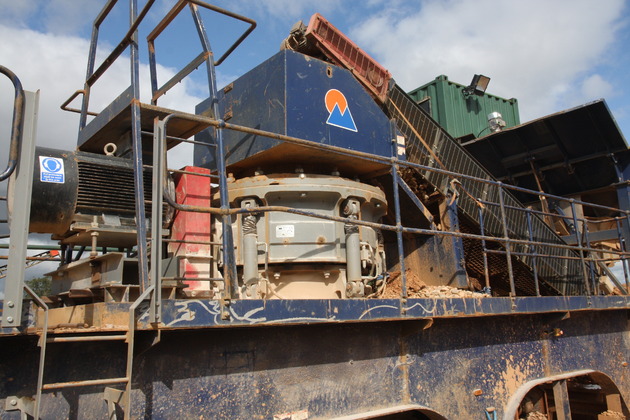