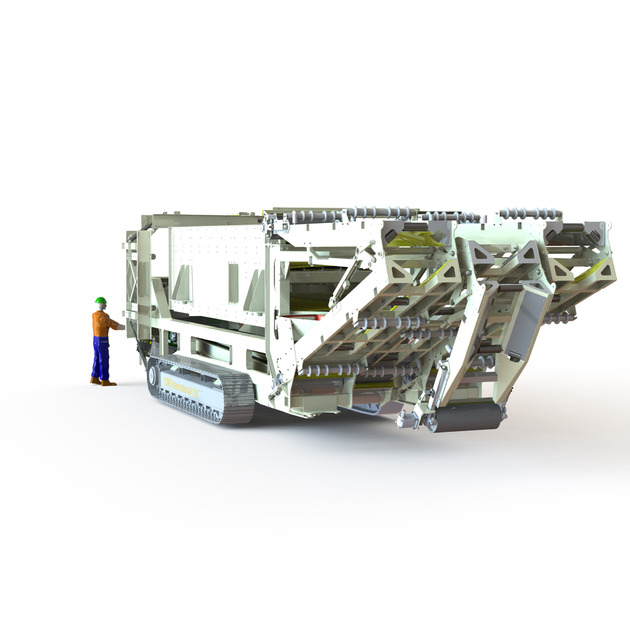 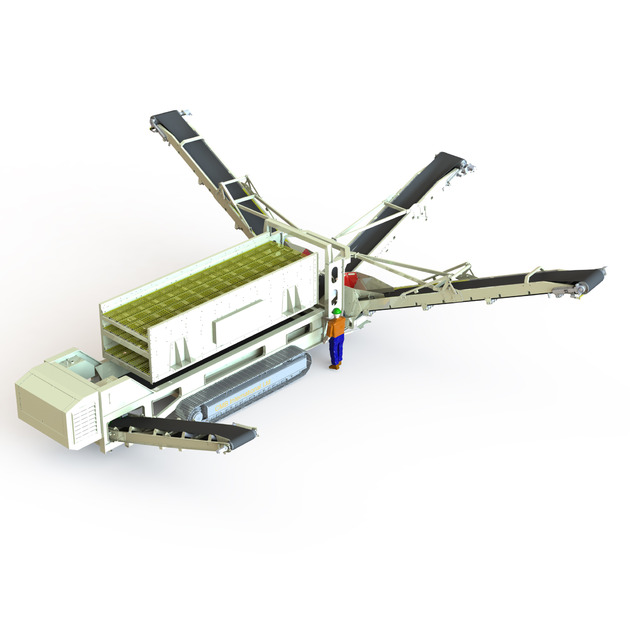 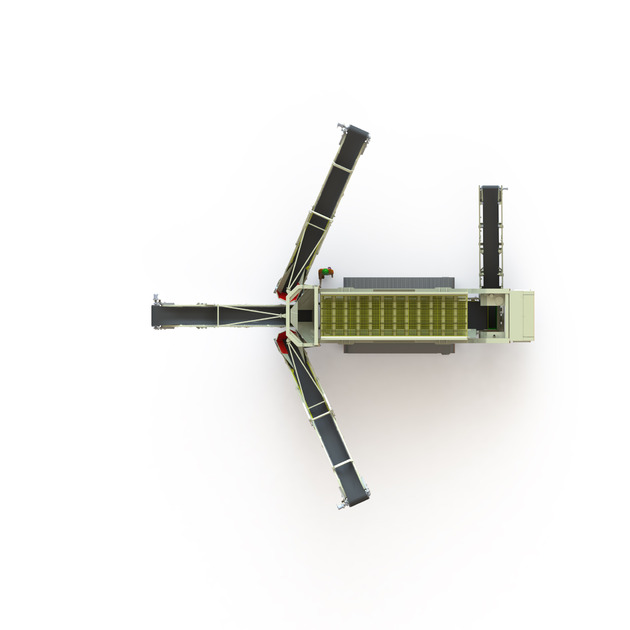 The CMB BX500 Tracked Horizontal Screen Plant is a versatile screening plant capable of direct feed to the top deck, or by apron belt feeder.

The screen box may be fitted with grizzly top deck, tensioned mesh or polyurethane screening media and will screen a 150mm feed down to fine dust.

The triple deck 6m x 1.8m horizontal screen box has a three shaft elliptic action which has a variable throw and angle which allows diverse applications from scalping, wet sticky feeds or fines. The operating range is between 675-875rpm variable with up to 19mm throw.

The CMB modular design enables the plant to be configured with a wide range of feed, discharge and screening options.